"She is more precious than pearls; nothing you desire can compare to her ... She is a tree of life to those who embrace her; those who lay hold of her will be blessed."
King Solomon

Kabbalah is based on a map of consciousness called the Tree of Life and is relevant to modern life through bringing greater meaning and fulfillment in our search for personal and spiritual development. The Tree of Life, central to understanding Kabbalah, features as a potent symbol in the myths of many different cultures. The relationship between humans and trees stretches back to the earliest history of humankind.

Trees have been our protectors, our homes, our foodstuff, they have sustained us, they give us pleasure and occasionally pain. Trees are important to us in our modern world for many reasons, not least because of the oxygen they give and the carbon dioxide they remove from the air we breathe. Trees have always been and still are of prime importance to all life forms. 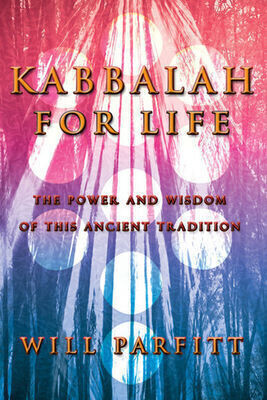 Click here to find out more about this book.

Trees figure in our myths, legends and cultures sometimes individually, sometimes in groups as copses, and sometimes as whole woods or forests. Trees often represent basic values such as life itself, growth, health, fertility, wisdom and strength. On the darker side, their shadowy nature sometimes leads them in myth to entrap and even destroy humans. There are also idiosyncratic trees that have particular power such as large ancient oak or yew trees with whom we may have an individual as well as a collective relationship. Trees carry weight in the human psyche, they are powerful and sometimes fearful, particularly when we treat them badly. It is of prime importance in our modern world that we acknowledge and treat trees for what they are, living sentient beings of another order.

In many traditions, a special 'world tree' stands in some central place in the universe and is associated with the origin of all life. The Tree of Life in the Judaeo-Christian Bible is such a tree and is perhaps one of the earliest appearances of the modern Kabbalistic Tree of Life. As in many tree myths, this Tree connects everyday life with both spirit and the visible world (what is 'above') and shadow and the underworld (the roots, what is 'below' or hidden.) As with a real tree, the trunk is then a potent symbol of what links together the different worlds. Such is also true of, for instance, Ygdrassil, the world tree of North European mythology which is divided into realms of gods, giants, humans and the dead. This is also the case with the Kabbalistic Tree of Life with its division into four worlds representing different aspects of the make-up of not only human life but all life forms.

In the Hebrew myth, the first humans, despite a warning against doing so, eat of the fruit of the Tree. Whilst apparently a negative act - they are thrown out of the garden of Eden - it also leads them, in the words of their Creator, to 'become like us' that is sentient beings with their own free will. In some Christian traditions, Jesus is described as the Tree of Life and in the Book of Revelations it says this Tree of Life will grow again at the time of the New Jerusalem. Central to Rosicrucian mythology is the belief that when the cross of human suffering is planted in the ground it takes root like a Tree and starts to blossom with beautiful flowers.

Opportunity to Know Oneself

When we look at a basic tree, we see it has many branches and leaves originating from a single trunk, strongly suggesting the development of diversity from unity. This is the origin and template for the evolutionary tree of which we are all part, and for individual family trees. The way a tree comes out from the ground as a single shoot and grows with great diversity and complexity is a potent symbol for the creative growth process both on a personal and collective level. If our life task is to really be here now, to fully 'come to earth', it is interesting to note that the word 'matter' (the very stuff of life) is etymologically linked with the trunk of a tree. The word matter is also linked with the Latin word 'mother'. The Kabbalistic Tree of Life is sometimes drawn as a female symbol (a circle above a cross) symbolically showing the link between the Tree and the source of energy from whence we all emerge.

A guided Meditation to meet a Moon Goddess: